The Tragedy of Mr. Morn

A Solitary Game for One Player

You are Mr. Morn, a masked man also known as King X, a mysterious public figure whose rapid ascent to the throne has brought peace and stability to an unnamed European country sometime in the near-future. During your fantastical reign, you’ve fallen in love with Midia, the wife of the revolutionary Ganus, himself recently returned to the capital city after escaping from a labor camp. Upon learning of his wife's affair with you, he challenges you to a duel. With the help of sneaky Termens, Ganus wins a playing card battle and, unaware that you were cheated, King X is now obliged to kill himself. You refuse to commit suicide and instead, as your final edict, decree “that anyone who is successful in escaping exile will be pardoned for his courage”. Then you run off, fleeing revolting rebels, sneaking through your own castle, hoping to find a way out before it’s too late.

In order to escape, you must Move and Fight across 8 rooms occupied by rebels, soldiers, and conspirators. Additionally, rumors are spreading far and fast that you’ve fled out of cowardice, not love. To defend certain illusions, you may need to make sacrifices. There are many possible endings to your story; not all of them happy.

If you want to play it safe, stop now. Surrender. Your fate is neither to win nor lose.

If you want to risk all, play on…

In order to download this game you must purchase it at or above the minimum price of $1 USD. You will get access to the following files: 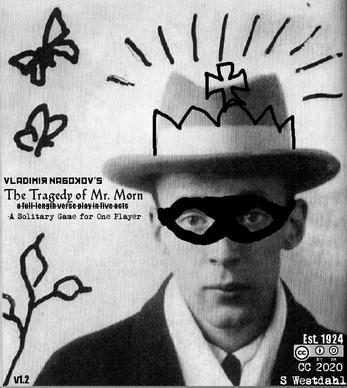 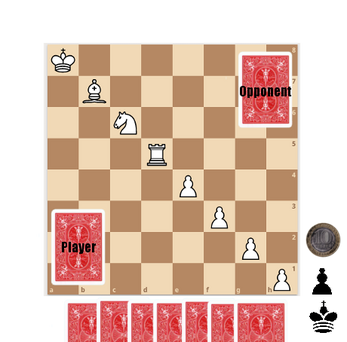 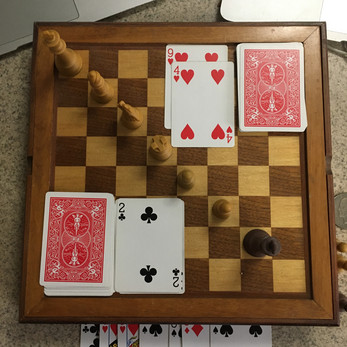